With launch EA Play and Ultimate Edition launch here, we've got our first player SBC of FIFA 23. Former Real Madrid, Manchester United and PSG winger Angel Di Maria moved to Juventus over the summer and although this player item currently has the same stats as his regular rare version, it could see significant upgrades if certain Ones To Watch conditions are met.

What are the SBC requirements?

How much does OTW Di Maria cost?

The price of those two squads is around 30,000 coins, with the possibility of reducing this cost if you have untradeables you can use.

When does OTW Di Maria expire?

He'll expire in 3 days time, before full FIFA 23 launch on Friday. You can complete the SBC on the Web App or Companion App if you don't have access to the full game currently

How does OTW Di Maria upgrade?

There are 3 ways Ones To Watch Di Maria can upgrade, via performance-base special item, 'Wins to Watch' or 'Nations to Watch'.

He does not have to feature for his nation or club to receive those final two upgrades.

Is OTW Di Maria worth it?

With this OTW version being identical to his regular rare gold version, which is priced at 12,000 coins currently, we'll be looking for an upgrade to make this worthwhile. His in-game stats (attributes) are good, but he lacks the pace required to really threaten from the wide areas. He also has 2 Star Weak Foot which is a significant penalty when he passes, shoots or crosses on his left. 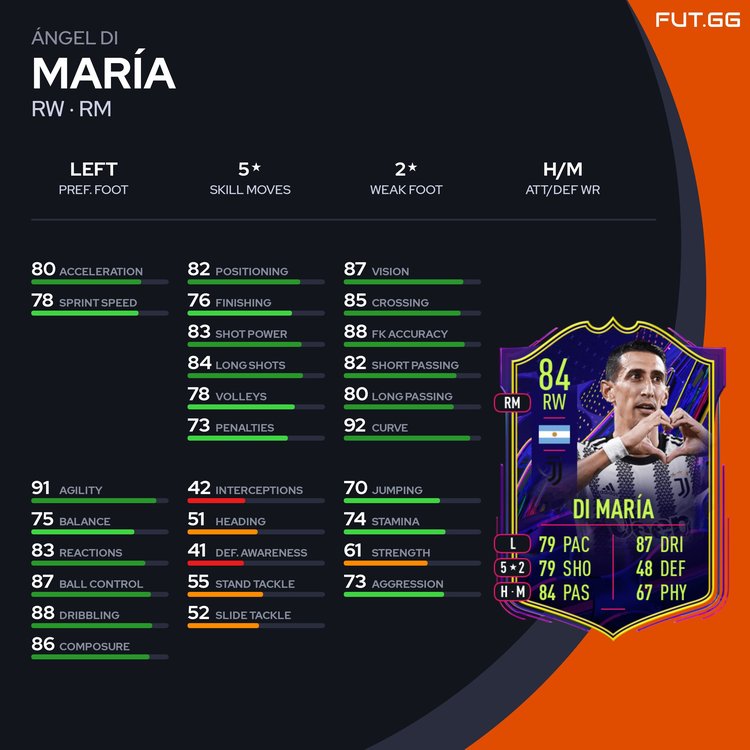 However, you may want to consider completing this SBC if you have some untradeable players you would like to use up. While he hasn't excelled for Juventus, they only need to secure 3 wins in 8 games for him to get an upgrade. There is also a good chance of an upgrade during the World Cup, with Argentina highly likely to win a match — their first game is against Saudi Arabia.

Yeet. He has too many limitations to commit even untradeables to at this point, particularly if you'd like to save that for future OTW SBCs. That said, he'll be good enough, especially if you like Skill Moves. He's highly likely to get an upgrade. Definitely complete if you love Di Maria, Juventus or Argentina — or think you'll enjoy using him.

Is that fair? Are you planning to complete Di Maria?